So at 4:30 am I left my house again and headed to the airport, this time being able to get on a plane and make my first flight.  This caused me to have an approximate 10 hour layover in Newark, but at this point, I just wanted to be one step closer to my destination.  I hung around, played online, ate some greasy mushroom swiss burger and sweet potato fries that was really good and played around some more before the flight that eventually took me to Zurich. 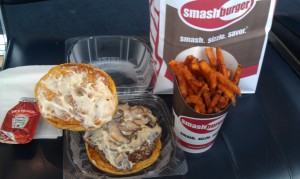 I had actually re-arranged my flight yet again, as I was scheduled to go through Amsterdam, then Nairobi, arriving at 10pm on Saturday, but would now get in at 6:30 pm that day.

The flight to Zurich was fine from my recollection (as I am now going back over the trip having arrived in Brussells for a layover on my way home) and we arrived around 8:40 am.