With all the track jersey’s I brought, I realized that many would not fit the younger kids as they were larger sized so I hooked up the cooking staff with some Solvay apparel, while the others were going to be handed out to other communities later after we had left.

After breakfast a group of us headed out to the other IDP camp on the other side of the school with the intent of distributing hand-made quilts that where brought over as gifts for the mothers with small children (aged birth-2).  They had done this last year as well and were overjoyed to see some of the mothers still using the same blankets.

The mothers and families were so happy to receive these to keep their babies warm at night.  Even though it never approached freezing, the body still acclimates and when a near 100 degree day ends in a 60 degree evening, this large drop in temperature can cause discomfort and even hypothermia, thus the need to stay warm.

As I was walking around in shorts for the most part many times while in Kenya so far, many locals were seen with long pants, sweatshirts and even scarf’s and hats at times.

We headed back to the school with the mindset that the school dedication ceremonies would take place, but such as is life in the developing world, it did not start on time and we walked around a bit and Russell Brunson and I did a couple videos together…Again, he is the reason I am here and why am I so grateful.  His Dot Com Secerts X marketing course allowed me the come as I won the contest they were having to come help build the school with them and World Teacher Aid.

Here I am reflecting on some of the trip this far

I was also able to give out many of the Solvay Concert band shirts I was given by our school to the working crew at the job site…Again, because these were larger shirts, they went to adults there.  It was great seeing them there all wearing the same shirt and then later when they were all working together wearing them like they were their new coveted uniforms. 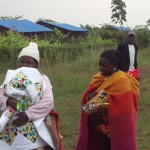 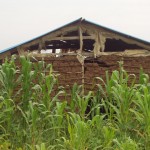 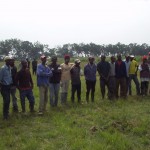 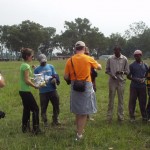 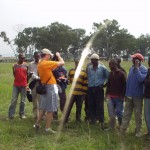 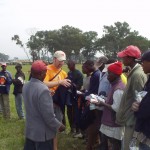 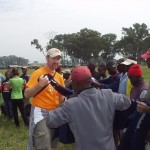 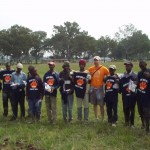 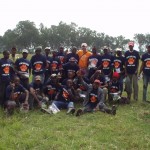 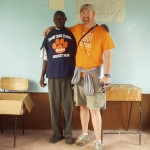 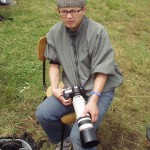 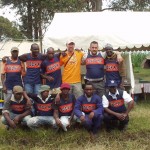 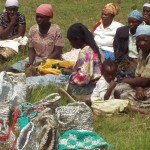 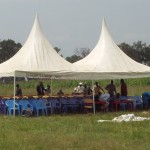 Because things were going to be delayed we all decided to head back to the campsite one last time and have our lunch and make sure everything was packed up and ready to go back for our return to Nairobi.

After lunch we headed back for the ceremony to dedicate the school.  What could have taken a half an hour was many hours as many people from all over the country wanted to speak.  Not only did they speak “for but a minute” but they also spoke it Swahili in addition to English, thus doing their speech twice so that all in attendance could attend

We were a little curious as they continued to refer to us as the “donors” instead of properly recognizing us as World Teacher Aid. They also gave prominent respect to WTA’s contact in Kenya, which she rightly deserves, but it would have been nice to have heard them mention Stu and especially Amy McLaren who really spearheaded this whole trip and all the donations that came along with it

We ended up leaving much later than originally anticipated and had to travel later in the evening than we had wanted to due to the fact that not all drivers here follow proper protocol and the vehicles and streets are not in the best of conditions, compared to driving back in the United States.

After what seemed like a long ride home we were able to get back to the hotel in Nairobi where we checked in and headed down to the buffet dinner.  We all chatted away as we ate before retiring for the night somewhat early.  I think I was able to get online for a little while and sent a quick message or two home letting them all know what I had been up to and that all was safe thus far and that I was still having a wonderful time and happy to be there.